We all know the struggles of writing the obligatory Master Thesis, alumni and students alike. Whether it’s choosing a topic, looking for sources or rewriting chapters over and over. I’m not even speaking of all the mental breakdowns that follow in their wake. But to encourage you to press on, I would like to share with you my unexpected journey. 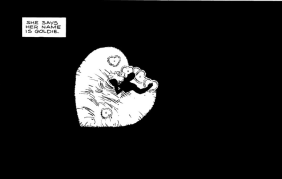 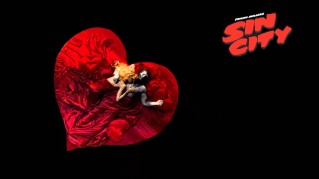 When I enrolled for the Master of Cultural Studies, I already dreaded the idea of having to write a thesis. I wasn’t a fan of writing a bachelor’s paper, so the prospect of having to do it all over again enforced that feeling. Therefore I decided early on that it would be about a topic I truly loved. In my case that meant analysing my favourite comic series, Frank Miller’s Sin City. In hindsight I’m very thankful for making that choice, because if I hadn’t followed my heart and stood behind my decision, I could not have worked so hard and dug so deep into the subject. My love for the Sin City series gave me the motivation to return to the artwork over and over, especially in those moments when my supervisor suggested I returned to the comics once more, even if I was confident I had already found everything in them. Of course, the credit for my perseverance isn’t all mine: my parents had played a huge part in that too. If it weren’t for them, I wouldn’t have seen the similarity between comics and film composition and editing.

So when your supervisor pushes your boundaries, listen, because it will make your thesis even better. Also, it is OK to seek help and support of your parents or friends when you’re feeling down. Their input may be the key to seeing your work from an entirely different angle. At the end of the academic year, I submitted my thesis for the annual Comics Thesis Prize. A friend had tipped me off about it and I figured “what the hell, what have I got to lose”. I was pleased with my “14/20” and my supervisor gladly took care of sending it in for me. That being done, life went on and I started on my Concept Art degree in film. By the end of September, I had already forgotten about my thesis.

So imagine my surprise when I got an email from the Comics Thesis Prize organisation about attending the award ceremony. Still, I thought “OK then, a mere formality, it probably doesn’t mean anything”. At the bottom of the email it said that “if you were among the laureates, you would be notified a few days prior to the ceremony”. I didn’t even take that seriously. Until the day before the ceremony, when I received an email saying that I won the first prize. When I read that, I literally stared at my laptop screen for five minutes. I couldn’t believe it was actually true. I never dreamed I would even make it into the top three, let alone win.

After a few hours, when I came round from the surprise and I realized what it meant, I took up the Comics Thesis Prize’s offer to write a short article for their next summer issue. An extra publication is never a waste. Besides, what’s a mere 6 pages compared to the average university paper and moreover, a thesis.

What I’m trying to say, is that you never know when a trial like your thesis can bring something unexpected around the corner. I thought I was done with academia and writing stuff – but as it turns out, however, academia was not yet done with me. So there you have it: “the flower that blooms in adversity is the rarest and most beautiful of all.” (Mulan, the Emperor)

More info on the Comics Thesis Prize can be found here: http://www.pulpdeluxe.be/wp-content/uploads/2019/03/Stripgids_Scriptieprijs_folder_DEF.pdf