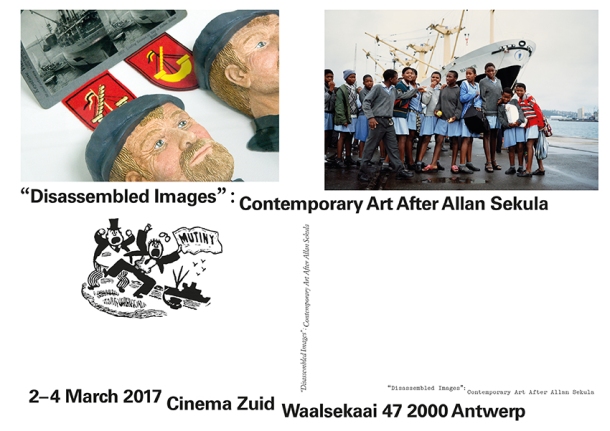 This international conference takes the US artist, theoretician, critic, teacher and poet Allan Sekula’s Ship of Fools/ The Dockers’ Museum (2010-2013) as its point of departure. At the very end of his life Sekula produced this unfinished, multifaceted and variably installable work of art, which contains ca. 1250 objects. Focusing on dock workers and seafarers, Sekula’s Ship of Fools/ The Dockers’ Museum paid tribute to all the joined, past efforts of human labor now irretrievably lost in history – a struggle he identified as “Sisyphean.” In doing so, Sekula wished to provide a message of hope: his last work contributes to imagining possible forms of solidarity in a globalized economy confronted evermore with its own limitations. The conference’s participants will discuss both Sekula’s oeuvre and works by other contemporary artists whose approach dialogues with his seminal legacy.

The conference is organized around three thematic sections:

Each forms a separate session that opens up to contemporary art engaging with Sekula’s influential method of making artwork as “disassembled plays” – a term he connected to the work of Bertolt Brecht, and which served to indicate that he demands a substantial productive and temporal input from the spectators who are experiencing his works.

The keynote speakers of this conference will be W.J.T. Mitchell (University of Chicago) and Marco Poloni (artist, Berlin).