An Evening with Mike Dibb in Cinema ZED October 10 2018

The name Mike Dibb may not immediately ring a bell to younger generations, though his contributions to British television and to British cultural studies cannot be underestimated. Mike Dibb (1940) began his career as a trainee at the BBC in the early sixties and remained there for more than 2 decades as a director and producer for the Music and Arts department, where he made documentaries about literature, music, history, painting and ideas.

Dibb is probably most well-known for the groundbreaking TV series Ways of Seeing (1972) that he made with author John Berger. This award-winning series about the gaze in Western art history and contemporary culture (still available on YouTube) popularized the views of Walter Benjamin for a broad audience. Nearly 50 years old, Berger’s text is still being re-issued time and again by Penguin, but Dibb’s original imagery and playful collages cannot be overlooked. Although Dibb has a healthy suspicion of “academics,” his career testifies to the influence of British Cultural studies in its heyday. In 1976, he made a beautiful, poetic film-essay about Raymond Williams’ classic book, The Country and the City (also on YouTube) and about Beyond Boundaries, the personal and cultural history of cricket, by C.L.R. James, the Trinidadian intellectual. For the BBC, he developed a number of groundbreaking series on ideas, like the notion of ‘play,’ ‘time,’ or ‘drawing.’

In the early 1980s, Dibb left the BBC to work as an independent documentary maker, both for the BBC and for Channel 4. Continuing to explore his lifelong passions – music, literature and history – Dibb also made portraits of some of the defining intellectuals of his time, like oral historian Studs Turkel and literary theorist Edward Said. Dibb typically combines collage with conversation in his work. Sometimes brilliantly original, he also offers a fresh take on very simple forms. His long, in-depth interviews with Edward Said and Stuart Hall, both at the end of their lives, are very moving portraits showing these thinkers doing what they do best: talking in dialogue, extending ideas into the future. We have been able to invite Mike Dibb to STUK in Leuven and will have plenty of time for discussion with him, browsing through fragments of his work. At 20.00, Dibb will also show his latest film, Painted with My Hair, about his search for Donny Johnson, a prisoner who managed to survive more than 20 years in solitary confinement in the US through the discovery of painting. 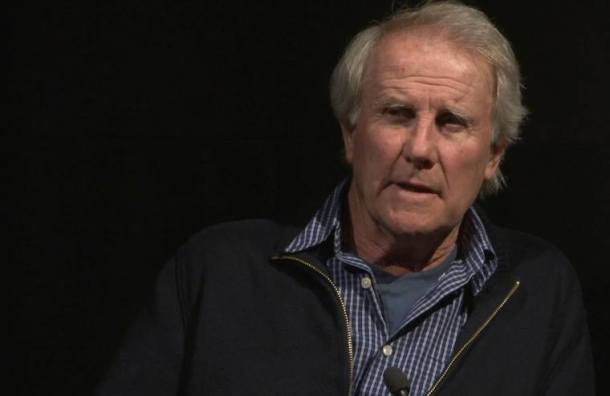