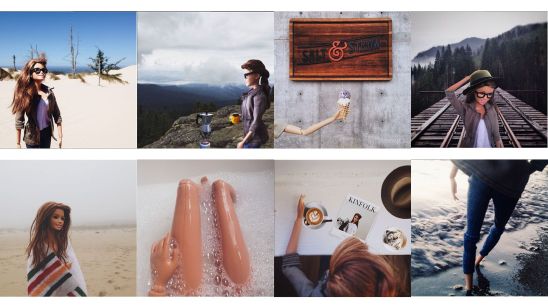 One of Cultural Studies more interesting scholars is Andrew Ross. Besides being an activist, being infamously involved in the Sokal affair (physicist Alan Sokal managed to get a nonsensical article published in the journal with Ross on the editorial board), and being brave enough to ethnographically immerse himself in the life of “Celebration, Florida”, a constructed town by the Disney corporation (as an alternative form of post-Sokal sabbatical reorientation), he also wrote quite a famous book on the conditions of labor in the new neoliberal climate: Nice Work If You Can Get It.

In this book, Ross focuses, amongst others, on how cultural workers (artists, designers, writers, performers…) have been advertised by policy makers, city developers and the New Economy in general as the motor of a dynamic economic reform. Creativity is considered to be a renewable, sustainable and undertapped source of financial value: everyone has it and no large investments are needed to mine this intellectual gold. The mentality of struggling artists is hailed as the new model in neoliberal entrepreneurship: their ethos of self-discipline, their extreme flexibility, their sacrificial willingness to work long-hours for little pay with little overhead (working at home or in the nearest coffee shop), out of pure passion, the need for aesthetic recognition and the hope of climbing to the level of those rare creative stars in the feast-or-famine, winner-takes all economy. Their precarious, part-time, contractual state-of-insecurity is presented as meritocratic freedom, not in the least because self-promotion and the glorification of one’s lifestyle (on Instagram, blogs and facebook) has become part of the creative worker’s job – leisure is always also work. In this way, the perceived “luminosity” (to borrow Angela McRobbie’s term) of the cultural class is used as a force in the renewal of run-down city neighborhoods. With Richard Florida (The Rise of the Creative Class) as the main theorist of and also the private consultant for attracting this rare breed of creative talent, cities become “hipsterized”: bikepaths are created, industrial warehouses get a cultural makeover, and an image of ethnic and sexual diversity is promoted within cultural city-renewal programs. The eventual result of all this luminosity is gentrification: poorer neighborhoods become fashionable and property value rises.

The problem for Ross is the precarious situation of the creative class. Even though they are presented as carefree, latte-drinking, quinoa-eating hipsters, driving around on their fixed-gear bikes and typing away at their apple netbooks, these precarious members of the creative class will not reap the fruit of their intellectual labor, nor will they benefit from the gentrification they bring about. The appeal of creative workers results in a boost of pop-up concept stores, hip eateries and coffee joints and eventually real-estate development projects, chasing away the original creatives who can no longer afford the rents.

Andrew Ross is of course not against creativity or against a creative economy. He nevertheless wants to warn policymakers not to focus blindly on the creation of jobs and growth and economic gain in the creative industries, but also to be aware of the job security and the work-life balance of these laborers, lest the ones who benefit from the policy are real-estate developers and big corporations. But, to quote Ross:

“So far, however, the kind of development  embraced by policymakers seems guaranteed merely to elevate this traditionally unstable work profile into an inspirational model for youth looking to make an adventure out of their entry into the contingent labor force. If the creative industries become the ones to follow, all kinds of jobs, in short, may well look more and more like musicians’ gigs: nice work if you can get it.”

Andrew Ross, Nice Work If You Can Get It: Life And Labor In Precarious Times, New York: New York University Press, 2009