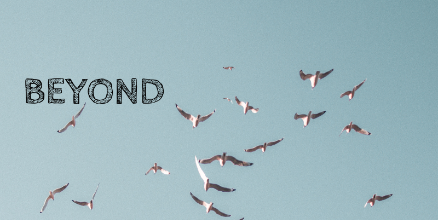 From February 28th until the 14th of March, the exhibition “Beyond”, produced by 7 students of the MA in Cultural Studies[i] featured at the Agora Learning Centre in Leuven. The opening was attended by Yiannis Mouzalas, the former Greek Minister for Migration.

The exhibition “Beyond” explores why people choose to migrate and how they experience their journey. By zooming in on the story of twelve individuals, the students tried to give an image on migration nowadays in a first part of the exhibition. Their stories vary from fleeing from war zones to moving for love and are brought back alive through an object unbreakably linked to their path towards Belgium. It also contains video footage of interviewees telling their stories. 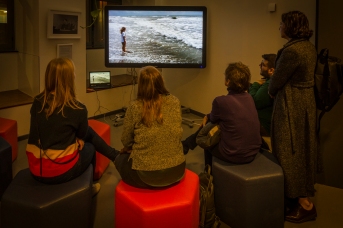 These images of migration stories today are juxtaposed to heritage photos from Europeana collections. A selection was made from the exhibition “Thousands are Sailing”[ii] by Sofie Taes, Research Assistant at Cultural Studies in Leuven, who is the main curator of the Europeana Photography and Migration collections. 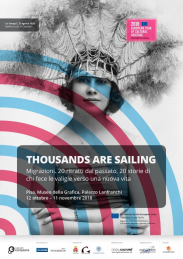 This original exhibition, created in collaboration with Photoconsortium, was shown in Pisa in October of 2018 and already traveled to Leuven for the Day of Science at the University in late November 2018.

“Thousands are Sailing” reprints vintage photographs from major archives and major collections in Europe, and tries to capture stories of migration through the centuries of classic photography. The exhibition was part of an EC funded project “Migration in the Arts and Sciences” produced by a consortium led by Europeana Foundation in which KU Leuven was in charge of selection and curation. The physical exhibition complements the virtual exhibition on the Europeana site “People on the Move”. 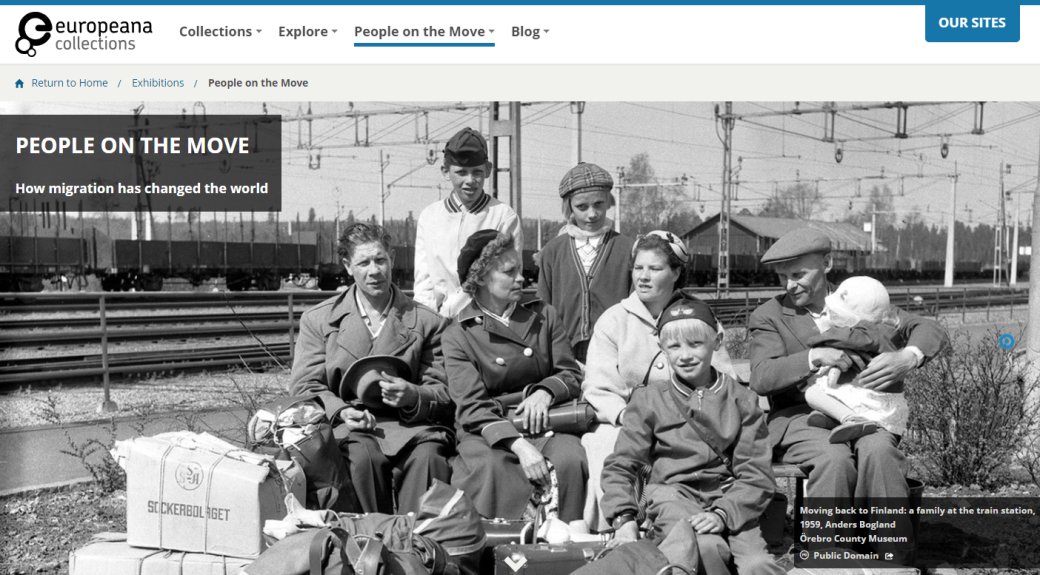 Instead of telling a synthetic, historic narrative, an aesthetic, observational stance is taken in which images are telling their own story, which are then contextualized. It starts with looking at the image, like Beyond starts with listening to stories. It is more memory and recollection than history, as our main aim at Europeana is to deliver and open up the archival, museum and library material in a way that (art) historians can start to work with it from a bird’s eye perspective on Europeana’s massive collections. But it cannot be limited to just showcasing heritage. The goal is to engage audiences and communities in contributing to and taking ownership of their heritage, to make it a living memory that intertwines with today and helps shape visions for the future.

Children in the suburbs of Girona, 1960. Ajuntament de Girona/CRDI CC-BY-NC-ND

For this Europeana developed the idea of “Europeana Collection Days”, where citizens are invited to contribute their stories by means of an object of memory, which is then digitized and published together with the testimony in the Europeana collections. This way, memories of the past are linked to today’s experiences and become a shared heritage. Collection days for the topic of Migration were held in more than 10 European cities including Athens, Belgrade, Brussels, Budapest, Cardiff, Dublin, Pisa, Sibiu, Utrecht, Zagreb and others.

A next step is envisioned in the project “WeAre#EuropeForCulture” which Cultural Studies will run in 2019 together with Photoconsortium, a non-profit organisation for the protection and promotion of photographic heritage, and Noterik, a media development company. In 10 European cities a workshop will be run with a selected group of people who normally do not have a specific interest or access to cultural heritage, in an effort to further inclusion. They will be invited to engage with their own stories with selected collections, and help with the curation of lead stories and interactions. These will be put to use on large interactive TV screens in accessible spaces where the general public will be able to interact with the contents using their smartphone.

In each city an opening event will take place with the co-created content. A final event at the House of European History in Brussels will wrap it all up, attended by representatives from the different workshops. The project takes the idea of the Collection Days one step further by adding playful interactions: the audience will be able to control the content display and engage in quizzes, votes and gaming activities. This way, not only the content of the exhibitions will be the result of crowdsourcing, but also the activities will leave the safe confinement of the heritage institutions and meet the audience in public spaces.

This corresponds to an evolution in which our vision and expectations towards the mission of Cultural Heritage institutions is profoundly changing through online technologies. One of the leading thinkers in this field, Pier Luigi Sacco, speaks about a move from an approach of cultural heritage which can be called “patronage”, involving curation by professionals, over a “culture 2.0” phase involving scaling up and a market approach towards the development into “open communities of practice” in what can be called Culture 3.0[iii].  Whatever the names we give to these shifts, the reality of shifting city populations in European Cities both through generational change as well as influx and migration means that Cultural Heritage institutions face the challenge of reaching out to new audiences, outside of their comfort zone.

One thought on “Beyond & MuPop – The new heritage experience”